Nominees:
American Sniper
Birdman or (The Unexpected Virtue of Ignorance)
Boyhood
The Imitation Game
Selma
The Theory of Everything
Whiplash

Prediction: Eddie Redmayne
He won the other important awards of the season in this category: the Golden Globe, SAG and BAFTA awards. It’s in the bag.
Fingers Crossed: Michael Keaton
It’s almost unheard of for a “comedic” performance to take home this award. Though an argument can be made for Jean Dujardin’s win for The Artist, the last time someone from outside the drama category won this award was in 1998 by Jack Nicholson in As Good As It Gets. Like his character, Michael Keaton felt like he had something to prove in this movie, but he was the only actor in this category that wasn’t playing a real person. Biopics rule the roost.
Tough Call: Bradley Cooper, Steve Carell

Prediction: J.K. Simmons
Also, won the Golden Globe, SAG and BAFTA awards for this category. We didn’t see Whiplash, and perhaps I didn’t see it because subconsciously I was afraid he’d remind me of my swim coaches growing up and anxiety would overtake me. Mentor relationships are sadomasochism at its finest.
Fingers Crossed: Edward Norton

Prediction: Julianne Moore
And again: Globe, SAG, BAFTA. It’s also worth noting that there is only one woman in this category whose performance was in a Best Picture nominee, compared to four out of five Best Actor nominees, and she’s not going to win. Good roles for women in Hollywood? We have a long way to go.
Fingers Crossed: Reese Witherspoon
Damn, I feel bad for Reese. Her performance in Wild (and the movie itself, really) is not getting the attention it deserves. She combatted what could have been a heavy-handed transformative journey of an addict with grace and subtlety. You win in our book, Reese! 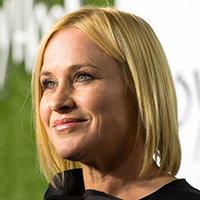 Prediction: Richard Linklater
You don’t just spend twelve years of your life making one movie and not get the Oscar for Best Director. You just don’t. Again, that’s the cynical reason, but it takes real talent and foresight to create a movie like Boyhood, and to let that go unrecognized would be a sin.
Fingers Crossed: For a three-way tie between Linklater, Inarritu and Anderson.

Nominees:
Big Hero 6
The Boxtrolls
How to Train Your Dragon 2
Song of the Sea
The Tale of the Princess Kaguya

Prediction: How to Train Your Dragon 2
Since there was so much award season shade thrown at The Lego Movie, guess we should go with the one that won the Golden Globe.
Fingers Crossed: Big Hero 6
The low-battery scene was one of the funniest scenes of any movie we saw all year.

Nominees:
American Sniper
The Imitation Game
Inherent Vice
The Theory of Everything
Whiplash

Prediction: The Imitation Game
Sniper‘s script was weak, Vice‘s was convoluted, and Imitation just took home this award from the Writers Guild.
Fingers Crossed: The Imitation Game was our favorite of these nominees. So, sure, why not.
Tough Call: This entire category, in the absence of Gone Girl.

Prediction: Birdman
Instead of being “fucking great!” Birdman would have been “pretty good!” if it weren’t for its cinematography. None of the other nominees can touch it in this category.
Fingers Crossed: Birdman
Tough Call: The Grand Budapest Hotel

Prediction: Boyhood
Excellence in editing is a large part of what made Boyhood so successful.
Fingers Crossed: Someone explain editing to the audience during the telecast.

Prediction: Ida
Though it lost the Globe to Leviathan, it is the only other foreign film to be nominated in a different category. And the only one we saw.
Fingers Crossed: Next year, all five nominees in this category get a wide release in America.

Nominees:
Foxcatcher
The Grand Budapest Hotel
Guardians of the Galaxy

Prediction: Foxcatcher
While the movie itself left something to be desired, a LOT of attention was paid to prosthetics in Foxcatcher. Steve Carrell’s transformation aside, the makeup designers went so far to create the very gross sounding “cauliflower ear” phenomenon that is common among wrestlers for Channing Tatum and Mark Ruffalo. It’s all in the details for this movie, at least where makeup is concerned.
Fingers Crossed: Guardians of the Galaxy because it deserves to win something other than visual effects.

Nominees:
The Grand Budapest Hotel
The Imitation Game
Interstellar
Mr. Turner
The Theory of Everything

Prediction: The Theory of Everything
This may be a shot in the dark. Does anyone remember the score of these movies?
Fingers Crossed: For the Academy to recognize Birdman‘s score as valid, since it was disqualified early on for its questionable “use of classical music cues.”

Nominees:
“Everything is Awesome” – The Lego Movie
“Glory” – Selma
“Grateful” – Beyond the Lights
“I’m Not Gonna Miss You” – Glen Campbell… I’ll Be Me
“Lost Stars” – Begin Again

Prediction: “Glory” – Selma
It’s likely that Selma‘s only recognition will be for this category.
Fingers Crossed: “Everything is Awesome”
Because The Lego Movie should’ve been nominated for Best Animated Feature. And because this song will NOT GET OUT OF MY HEAD.

Nominees:
Captain America: The Winter Soldier
Dawn of the Planet of the Apes
Guardians of the Galaxy
Interstellar
X-Men: Days of Future Past

Prediction: Interstellar
The jury is out on whether or not the Academy has a sense of humor, so it’s doubtful Guardians (or superheroes or apes) will take this award. Chances are the most prestige-y of these nominees will take it. Because Christopher Nolan tried this year.
Fingers Crossed: Guardians of the Galaxy
It was a better movie than half of the Best Picture nominees, so for it to be recognized at all would be wonderful.