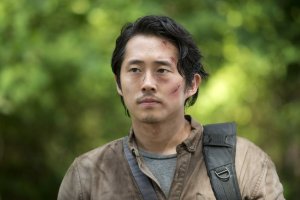 If we’re to convince ourselves that we’re still enjoying the spoils of TV’s second golden age–a dubious claim, now that most of the shows that inspired that view are now as dead as certain fictional Georgia natives–we must remind ourselves to take the good with the bad. The wonderful thing about the blogosphere that has aided in the continuance of the TV renaissance is that it demands–though both its fervor and its sheer numbers–that TV shows be taken seriously as art, as something to be thought about rather than simply absorbed like so much processed food. The frustrating thing about the blogosphere, however, is how often it fails to take itself seriously.

In the late ’70s, a former San Francisco ad man with the unfortunate name of Jerry Mander wrote a book with the unfortunate title of Four Arguments for the Elimination of Television. His arguments feature a lot of the expected (though not indefensible) bitching about television’s effects on human health, physical activity, neurology and intercommunication, made even more histrionic by the author’s unabashed environmentalism and a bad aftertaste from his old job in the ruthlessly capitalist advertising industry of the Mad Men era. One of Mander’s key hangups was this idea that the act of watching television constitutes a sort of voluntary sense deprivation: vision is contained within the (comparatively) small box of the screen, which sits at a fixed distance from the viewer’s eyes; naturally occurring sounds are obscured while the blare of the set is kept within a relatively narrow range; the other senses are totally uninvolved. “The effect,” wrote Mander, “is a sort of sensory tease.” Basically, we’re given the impression (through the images on the screen) of sensory stimulus, but since the stimulus is not real, we’re left perpetually unfulfilled. This in turn leads to increased hyperactivity and irritability when the TV isn’t on. “Artificially teased senses require resolution,” wrote Mander, hypothesizing that humans seek this resolution through “aimless, random, speedy activity” and perhaps even violence.

Mander can be extreme in his distaste for the modern world–at one point he questions whether humanity really needs deodorant–but he’s not crazy. Every generation after Mander’s own (he was born in 1936) has been brought up with TV as a constant presence in the households of all but the poorest (or the most self-consciously hip) Americans. Which means, essentially, that almost every functional human alive today operates with a radically different thought pattern than pretty much every generation in history up to those born around 1900. That’s an awful lot of evolutionary baggage to discard for the sake of lying recumbent before a flashing box for an average of five hours per day. So we justify the habit by treating the programs we watch as objets d’art–intellectually and existentially enriching fictions to be debated with as much passion as we can imagine the coffeehouse patrons of former eras debated Kafka and Duchamp and Trotsky.

And for the most part, that’s a good thing. It’s undoubtedly better for a society to both appreciate and hold accountable the programming that dominates our free time than it is to accept and embrace only its most mind-numbing aspects. It’s better to be sensitive to what TV is selling us, both literally in its commercials and subtextually in its core content. I wouldn’t feel good writing about television if I wasn’t convinced that it can be–should be–looked at through the same critical lens as literature and all the other fine arts. There should be no limit to how deeply we can look.

Yet there are cracks in this paradigm. And they begin to show themselves when we traffic in fan theories.

Glenn is dead. He’s dead. He’s as dead as Dale and Andrea and the Governor and every stomping, screeching corpse you’ve ever seen on The Walking Dead. The degree to which you believe he’s dead is unimportant because this isn’t a matter of belief but a matter of fact. His intestines were ripped out and is his blood spilled all over the hot Virginia concrete. But do a quick Google search for “glenn walking dead” and just about every headline you find contains a pregnant question mark. The TWD faithful reacted to Glenn’s demise in perfect accordance with the Kübler-Ross model: denial is the first step on the path to acceptance. And since the “next week on” previews suggest a Morgan-centric 90 minutes coming at us on Sunday, you can bet your bottom dollar the maybes and the wait but whys are gonna be flying around like samurai stars for the next eleven days.

As with any conspiracy theory, the dust mites of doubt have been amplified so as to drown out the troublesome obvious. But wait, say the doubters, their confidence bolstered by the absence of common sense and maybe a personal text from Greg Nicotero reading, Just FYI, Glenn is definitely, totally, one hundred percent dead, and I mean dead as in no longer alive, as in he might be a walker but he will never be Glenn again, because Glenn is absolutely, undoubtedly, very very seriously dead, Love and kisses, G-Nic. But wait, they say: Why didn’t Steven Yeun get a Talking Dead postmortem, or show up in the flesh for his requisite emotional bye-bye? Why did the camera float away before we actually got to see his full-on death? Maybe the cowardly Nicholas fell on top of him and shielded him from ONE OF THE BIGGEST HORDES OF WALKERS TO EVER BE IN ONE PLACE ON THIS SHOW EVER despite our hero’s GUTTERAL SCREAMS OF HORROR, which OF COURSE wouldn’t have attracted the attention of the HUNDREDS OF FLESH EATING ZOMBIES STANDING DIRECTLY OVER HIM. Maybe after the camera cut, the wily Glenn was able to crawl under the Dumpster, miraculously avoiding a single bite, and survive there for, I dunno, however long you imagine it would take for Glenn to be:

(a) discovered by
(b) a group large enough to clear the walkers and get to him before
(c) he gets bitten anyway because walkers can bend down and reach for things, and if a walker wants to eat you, Dumpster or no Dumpster, it will find a way,

…and this is all assuming that there’s enough room under the Dumpster for even a dishrag like Glenn to shimmy to safety while surrounded by decomposing limbs and the gutted carcass of his curly-haired comrade. (A Google image search for “Dumpster” should alleviate your doubts on this one. I’ll wait.) 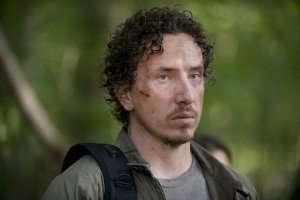 Listen, I don’t blame anyone for pressing the panic button on Glenn’s death. Glenn was one of the five most important characters on The Walking Dead prior to his unceremonious end (the ranking probably goes something like: 1. Rick, 2. Daryl, 3. Glenn, 4. Carol, 5. Carl, unless the show succeeds in making Morgan happen), and in a show with one of the highest turnover rates this side of Game of Thrones, that’s not small potatoes. He’s also likely it’s best all-around person: never afraid, never gunshy, always willing to risk his neck on supply runs, always the one-man cheering section behind weaker character’s (how often do you think you’ve heard Glenn shout “You can do it!” in desperate action scenes, regardless of whether his intended audience could actually do it?). But more than anything, Glenn was humane to a fault. His sparing of Nicholas–the mercifully suicided douchecock who got Noah killed, left Glenn for dead, lied about it, then tried to kill Glenn again–could only have led, directly, to his downfall. Glenn’s road was always paved with good intentions, which in this world of violence and self-preservation could only have led him to one place. They were never going to get off that Dumpster any other way. Nicholas may have been one of the least likeable characters in a cast laden with steep competition, but at least he was savvy enough to know it was over.

The Walking Dead is valuable because it constantly teases your moral compass. Do you want to help people, it asks, or do you want to escape with your skin? “Thank You” was littered with the fatalities of those who maybe should’ve been left behind, from the merely wounded Annie to the mortally bitten David. The always pragmatic Rick had instructed Glenn and Michonne to leave anyone behind if they got hurt and started holding back the group, but he must’ve forgotten who he was talking to. We all know Glenn’s history of misdirected altruism, but Michonne is a softie herself, no matter what her brooding exterior might argue to the contrary. We know that her Daryl-like persona was crafted as a reaction to the death of her son and her boyfriend in the early days of the outbreak. So of course she relates to David’s tale of cutting himself off from his own humanity, only to be restored by the soon-to-be-widowed bride he has waiting back in Alexandria. Michonne had cut herself off, too, and has been restored piecemeal by her relationships with various members of the Grimes crew. It began, of course, with Andrea, whose very survival (for a little while, anyway) was symbolic of Michonne’s sympathy and goodwill; any other lone marauder would’ve left her to be eaten in the Georgia wilderness. Her treatment of Andrea and Carl as surrogates for her dearly departed has belied a warmth that can’t be smoothed over by a badass facade, try as she might. It was inevitable that she would take pity on the wounded, just as it was inevitable that her kindness would lead to disaster.

We don’t want to believe Glenn is dead because we assume that The Walking Dead must always operate according to a set of predetermined criteria concerning character deaths. We assume that a character’s end should be drawn-out–even Tyreese got that much–and that it should be memorialized by something as facile and metatextual as the actor’s appearance on what is essentially a postgame show. But The Walking Dead doesn’t owe us shit. It operates–and should operate–only by the rules of the universe it’s created. And in that universe, no one is safe. That much should be clear by now. People get killed just by being in the wrong place at the wrong time. People get killed by seemingly inconsequential characters. People screw up. The goodwill of Glenn and Michonne can be just as dangerous as the unsympathetic cowboy act of Rick. At episode’s end, Rick’s fate looks no sunnier than Glenn’s. They took different roads and wound up in the same place. But Rick will live, not just because the show needs him, but because a lonesome death-by-walker-horde wouldn’t mean much for his character. The unbelieving text messages I got from a fellow TWD fan during the final minutes of “Thank You” complained that Glenn’s death couldn’t have been real because it wouldn’t serve the storyline. Whether that’s true remains to be seen, but it also doesn’t matter. The Walking Dead doesn’t care about keeping its promises. It cares about twisting your emotional and existential dials in ways you can’t predict or control. Glenn is dead. He died in an alley where no one wil find him. He was killed by a man whose life he repeatedly saved. Rick can go on being a cowboy, but Glenn is The Walking Dead‘s tragic hero.