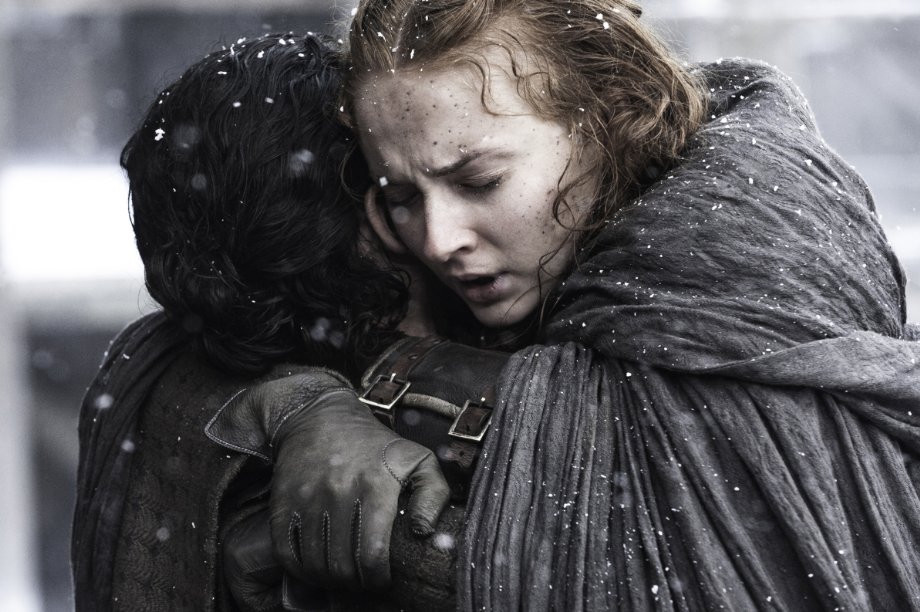 Come and See Bad-Ass Sansa in “Book of the Stranger,” a ‘Game of Thrones’ Recap 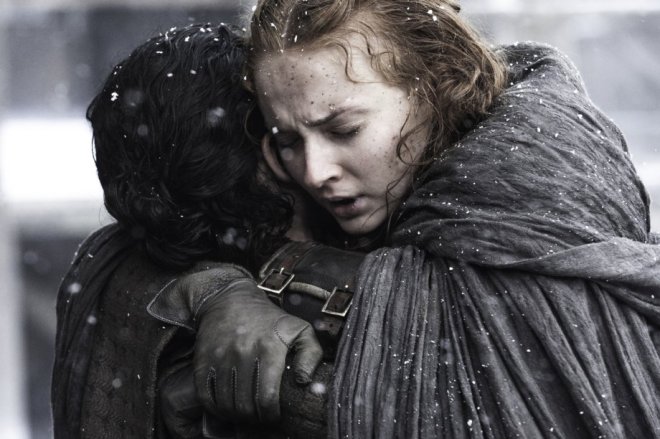 It was a nice little fakeout at the end of the last episode to make it look like Jon was walking out, which made it seem that he and Sansa would miss each other completely in their opposite travels. Instead, we get one of the most tender moments in the entire series! Sansa and Jon are able to reminisce about their time at Winterfell, bereave the choice to leave their home, and seek forgiveness for any childish behavior they displayed to one another. Okay, so that was mostly Sansa apologizing for “being an ass” to Jon. We may not have seen Sansa being an ass to Jon first hand, but one could hardly say they were close. This is literally the only time we see them speak in the entire series. But so much has happened to the Starks, to the two of them directly, that just to be in the same place as another member of their family is enough to erase all past wrongdoings.

This interaction must have come after a long explanation of events for either party (can you imagine how long THAT must have taken?!) because Sansa knowingly asks Jon, “Where will you go?” To which he corrects, “Where will we go.” After more waterworks, Sansa concludes that the only place either of them can go is home to Winterfell. But Jon is still staunch in his position of detachment, and lists a hefty amount of reasons why. In short: he killed a whole lot of a whole bunch of different kinds of people. Don’t you just wish Sansa would come back at him with an impassioned speech about how she was passed around as a marriage pawn three different times, nearly raped before she even left King’s Landing, almost thrown through the Moon Door, then actually raped who knows how many times, and betrayed by basically everyone she trusted since leaving Winterfell?

Maybe we’re talking apples and oranges here. But regardless, Sansa has been through her fair share of shit and she is still ready for revenge: “If we don’t take back the North we’ll never be safe. I want your help. But I’ll do it myself if I have to.”

Giving Jon time to mull these words over, elsewhere in Castle Black Davos is trying once again to get information out of Melisandre. After he calls her out on her fickle loyalties to the ever-changing “prince that was promised,” he asks what happened to Stannis and she answers in the broadest way possible: “There was a battle. Stannis was defeated.” He can be satisfied with that answer for now, but he presses on and asks about the poor princess Shireen.

Before Melisandre can conjure up more vague bullshit, Brienne saunters up and incorrectly answers his question with, “I saw what happened.” I love Brienne’s enthusiasm for justice, I do, but I really wanted to see how pathetic Melisandre looked as she told Davos that she burned an innocent child alive. Not to mention the child he loved like a daughter more than her own father.

That will have to wait, though, since Brienne inserted herself into the conversation to fill any gaps that Melisandre left open on Stannis’ demise. Mostly she just wanted to warn both Davos and Melisandre that she knows Renly’s death was caused by the latter’s blood magic. She knows this not just because she saw it, but because Stannis admitted it before she executed him. Ever the realist, Davos tells her that’s in the past now. “Yes, it’s in the past. But that doesn’t mean I forget. Or forgive,” she says forebodingly as she saunters back from whence she came.

And we can only hope that she was sauntering to her Wildling suitor, Tormund. Let us stop for a moment to thank the Game of Thrones powers that be for giving us a moment of levity before the harsh smackdown of reality. (Because those eyebrows though!) Jon receives a letter from Ramsay detailing his bargaining terms. He’s using principle as an excuse for his rampant bloodlust and, let’s be real, deep-seeded insecurities about his position. Ramsay calls Jon out on bringing thousands of Wildlings through the Wall and threatens retribution, unless Jon brings Sansa back to him. He goads Jon to “come and see” the repercussions of his actions, trying to incite a war through detailed descriptions of his barbarity.

Jon is still not easily convinced to go back into battle, though he’s visibly disturbed by Ramsay’s words. He stops reading the letter for fear of alarming Sansa, but she’s endured too many of Ramsay’s actions to be shocked by his words. Armed with more ammunition, she reiterates her earlier sentiments, “A monster has taken our home and our brother. We have to go back to Winterfell and save them both.” Jon relents with a silent nod, even though the Wildling forces he has at his disposal are less than half of Ramsay’s.

If Ramsay has a comeuppance headed his way this season, it would only be right (and just and perfect and glorious!) for both Sansa and Theon to take part in his downfall. There may not be enough Wildlings to fight the Boltons, but maybe there will be with a few thousand Ironborn thrown in.

Also from this episode:
The Cost of the Iron Price
The Many Versus the Few