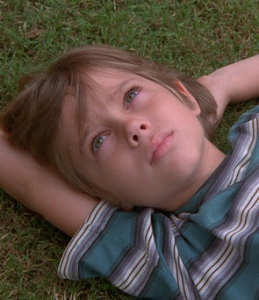 Two years ago around this time of year, I had an epiphany. It occured when I was 26 and angsty and living in the same house I grew up in. I had graduated college, gotten a job I didn’t really care about, and struggled every second of every day with a nagging, relentless notion that I wasn’t living up to my potential. It was an I have goals and aspirations and I’m not achieving them and I’m living at home so I’m a failure and WTF AM I DOING WITH MY LIFE sort of downer shit. I resented myself for what I was doing (or not doing) with my life and the consequence was that I was positively miserable every day. I’m not sure what did it, but one day I had a moment of realization that if I don’t like myself or if I’m not happy with my life at least a little bit every day, then what is the point? Ultimately the majority of one’s life is made up by the day-to-day inconsequentials, right? I realized that I had to create some value in that day-to-day, or I’d always be a hopeless asshole.

Turns out Richard Linklater figured out the value of inconsequential everyday life about a decade before I did and consequently made Boyhood. It was filmed over the course of twelve years using the same actors playing the same characters. Just let that sink in for a second. Think about how often that’s done in movies. Never. (Who the hell has that kind of diligence?!) We follow Mason (Ellar Coltrane), who in 2002 was a five-year-old bright-eyed, inquisitive child, through his childhood to his first day at college in 2013. We watch his face and body change as he goes through those awkward transformative years. We see his eyes grow progressively darker with time as he begins to grapple with the existential issues of life and society.

The concept of Boyhood is impressive in and of itself, but it is Linklater’s handling of the subject matter that makes the film so successful. There are no milestones in Boyhood. They are hinted at or referred to but we never see them happen. It’s not to say that Mason’s life is uneventful; it’s peppered with unexpected uprootings, consistent disappointments and general missteps, on top of the overall miseries of being a teenager. Mason’s parents, Olivia and Mason Sr. (Patricia Arquette and Ethan Hawke), were young lovers who had enough passion for romance yet not enough patience for each other’s quirks, but stuck it out just long enough to procreate twice. Consequently, Mason Sr. is all but absent and Olivia struggles financially and professionally as a single mother. In an effort to give Mason and his older sister, Samantha (Lorelei Linklater), a more stable life, Olivia ends up marrying someone who ends up a drunken dictator of a man which only causes more instability. The father is around so sporadically that the kids have learned not to expect much of anything from him. Samantha is as over-achieving as Mason is aloof, which provides many condescending lectures from adults. And we all know how THAT kid ends up.

So yes, a lot of things happen. Marriages, divorces, graduations, childbirth, college acceptances, first kisses, first times, crying, fighting, screaming. But think of the movie that focuses on those parts of a story. You already know what that movie looks like. It looks like The Place Beyond the Pines or any other plot heavy, histrionic drama. The thing that makes Boyhood so wonderful and different is that it hones in on the in-between. In only one scene does someone cry. Fighting is either brief or in the background. And yet you know all of these things have to be happening somewhere in the context of the plot. But when you’ve got 165 minutes to tell a twelve-year-long story, you have to focus on what is meaningful. So rather than making a tense and dramatic movie about a hard upbringing, Linklater creates a calm, unhurried story about how someone grows. He doesn’t focus on an event but instead shows how that event shapes the way a person changes. Linklater’s commitment to moments does something wonderful for the plot: it feels like there isn’t much of one, but still the story is cohesive and flows in a very pleasant way.

The subtlety of Boyhood‘s storytelling is rather lovely to watch. When Mason turns fifteen, his father now has a new wife and a new baby and a new minivan. This is quite a feat for a would-be musician who had driven the same Pontiac GTO for at least the last ten years. Mason confronts his father on his selling the GTO, and details the whole day when his father told him the car would be his at the age of sixteen. His father incredulously states he never remembers saying that, then proceeds to give fatherly advice with a “work hard, earn it yourself” theme. Meanwhile Mason broods, and as an audience member you understand that because Mason saw his father so infrequently, he remembers every moment of his time with him. He remembers the day, the weather, where they were going. But Mason Sr. maintained his children as auxiliary characters in his vagrant lifestyle, so of course he would forget what he said the day he drove them to a birthday party.

Again, Linklater does not focus on this minor confrontation. It does not become a screaming match where Mason confronts his father for abandoning them and creating a new, perfect family then demands to be let out of the minivan so he can walk home in the rain (it’s always in the rain). Because really, what do we get from that? A screaming match here only to lead to a tearful reconciliation later in the movie? Boyhood is smarter than that. It recognizes that this is only part of a journey, and to give it a spotlight would throw off the balance of a much larger story.

(It must be noted, however, that Mason’s father is not painted as a bad guy. He insists on real and meaningful interactions with his children in a story full of patronizing adults, and has the most authentic adult/child relationships in the whole movie.)

Stylistically, Boyhood is exceptional, and Linklater’s foresight with technology and culture is something to be revered. (A lot happens in twelve years! Let’s talk about it, the first iPod was released only a year before this movie started filming and we’re nigh on the sixth iPhone. From click wheel to thumbprint recognition in just over a decade.) Linklater’s foresight to shoot in 35mm prevents any technological development in filmmaking to distract from the story. And rather than cheaply state what year it is so we can keep track, there are little bread crumbs of cultural significance that lead us through the timeline. Linklater references Harry Potter, Britney Spears, Gameboy, the Twilight books, among others, and poof! we know where we are. This is as ingenious a chronology device as Clementine’s hair in Eternal Sunshine of the Spotless Mind.

Ultimately, the last scene proves the movie’s point, in quite the graceful way. We’re now with 18-year-old Mason, who is just moving into college and bonding with his roommate (with whom he was matched up by an algorithm that states they’re 98% compatible. Fuckin’ technology, man). They go on a hike somewhere in the vastness of Texas with two freshman ladies. Mason and his respective brunette sit and enjoy the sunset with the giddy awkwardness that surrounds your first days at college. She mentions to him how she thinks the idiom “Seize the Moment” is a little backwards, and that she really thinks that you have no control over the moment. It is the moment that seizes you. Perfect.

Boyhood will make you nostalgic, but I don’t think that is its intention. While watching Mason’s journey (though he would roll his eyes at you for calling it that) you’ll think of your formative years and how they framed who you are now. You’ll remember those seemingly insignificant times that are really never celebrated. It reaffirms my epiphany that your life’s journey is not about the big breaks or the aha! moments, but about what you do and who you are in between those moments. It is a cinematic achievement that shows you things about life rather than telling you about them, and it is quite a lovely ride.