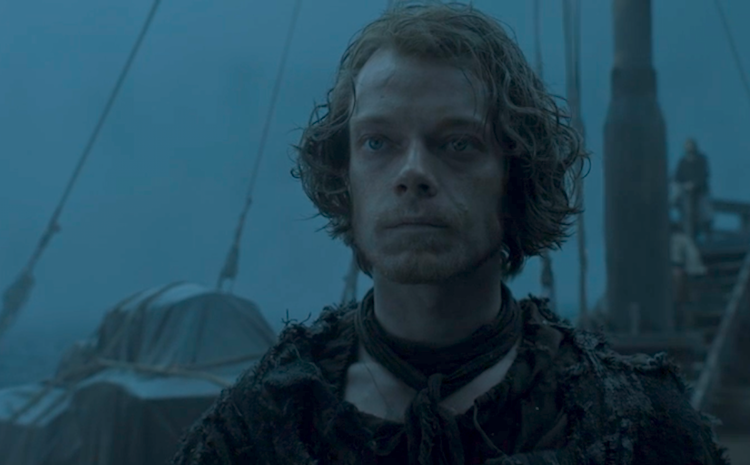 The Cost of the Iron Price in “Book of the Stranger,” a ‘Game of Thrones’ Recap

While Sansa’s homecoming was met with literal open arms, Theon’s sudden appearance at Pyke was immaterial. (It also featured a familiar shot that serves as a painful mirror of what Theon has endured.) Yara assumes he showed up to vie for the position of King of the Iron Islands now that their father is dead, and she’s still bitter over the failed extraction attempt from season four.

The ironborn are not at all the empathetic type, growing up in a culture that values stealing and raping over honor and respect. Theon’s journey home was hard won; he escaped from the Boltons twice after years of torment, but Yara just seems insulted by his presence. “He broke me into a thousand pieces,” Theon says, trying to elicit some modicum of pity from his sister. Yara responds with a dismissive, “I know,” but when Theon tries to press the notion that she couldn’t possibly be aware of how badly Ramsay tortured him, she shoots back with, “He sent us one of those pieces.”  Talk about insult to injury. Ramsay paid for Theon using the iron price.

At the sight of Theon’s tears, Yara emits several forceful barks of “What do you want?!” What Theon wants is acceptance and love and forgiveness; all the things that have eluded him his whole life, particularly from his family. But he says, “You should rule the Iron Islands. Let me help you.” For as seasoned a warrior as Yara is, the idea of a woman ruling the lands is not likely one that will be accepted easily by those involved in the kingsmoot. We also have the arrival of their crazy uncle Euron to deal with. Best case scenario: Yara becomes ruler, Sansa calls on Theon to rally the Iron Islands troops to fight against the Bolton army, and Euron acts as a deranged (but responsible!) counterpart to Ramsay’s similar lunacy. It’d be good to have a nutjob on the right side of things for once.

Meanwhile in Winterfell, Lord Nutjob is busy eating apples and interviewing prisoners. He brings Osha in to learn her motives. She plays it cool, unimpressed by his flayed man banners. “Do you eat them after?” she asks. Ramsay responds with an incredulous “no,” but turns positively gleeful when she says, “Then I’ve seen worse.” He confronts her on serving the Starks and protecting Rickon for so long if she claims to be just a servant. Osha tries to mislead him by claiming Rickon would “fetch a good price,” and was using them as much as she was using her. But since the Little Lord now belongs to Ramsay, he asks, “What use could I possibly have for you?”

Poor Osha. Her casual seduction method of murder may have worked on just about anyone else. But she underestimated Ramsay’s gullibility. She wasn’t paying attention as she straddled him, trying to slowly grab his knife, while he blathered on about how long it took for Theon to talk. It was already too late for our favorite babysitter by the time Ramsay divulged that he knew who helped the Stark boys, “and how she did it.”

With a knife to the throat and blood all over the floor, it’s clear for the first time that Theon’s torture was not for its own sake. Ramsay was gathering valuable information that he could use at the most opportune moments against specific people.

Ramsay gives Littlefinger a run for his money as Master Manipulator of the Realm. But Lord Baelish has the skill perfected and the whole of Westeros around his… well. He shows up after a three-episode absence and within seconds he’s in control.

It’s been a full season since he was in the Vale, so Littlefinger has had lots of time to practice his excuse for lying about taking Sansa home with him to the Fingers. When Lord Royce calls him out on Sansa being married off to Ramsay, Littlefinger quickly turns the tables and accuses Royce of leaking his plans to the Boltons, whom he say “set upon” him and Sansa in their travels. He gets away with the slander by immediately questioning Royce’s allegiance to the Vale, and worse, calling on the judgment of Robyn to determine his loyalty.

If Robyn were a still an impetuous child, he may have sentenced Royce to a trip through the Moon Door on the spot. Fortunately for the long suffering Lord, Robyn is now an impetuous adolescent, concerned more with his belated name day present than whatever the old guys are talking about. Littlefinger then masterfully lays out all the arrows pointing to “Save Sansa” for his derby step-son, waits for him to find it, and swiftly commits the Vale to helping Sansa fight the Boltons with Lord Royce at the helm. No doubt Littlefinger will be taking a trip up to Castle Black in the coming episodes, but it’s doubtful Sansa will be as pleased to see him as he may expect.

Also from this episode:
Come and See Bad-Ass Sansa
The Many Versus the Few